We showed earlier with simple arguments that one of the famous Nazca lines, known as the spider, is an ant (de Andrade & Baroni Urbani, 1999). This uncomplicated, straightforward zoological identification of archaeological interest turned into an unscientific debate.

The Nazca culture produced large, impressive drawings of animals and plants in the Nazca desert in southern Peru (geoglyphs). Nazca people made the drawings by removing reddish stones from the grayish desert ground. Their culture flourished in the valley of Rio Grande de Nazca from 500 BC to 800 AD approximately. Since Nazca pottery is easier to date than Nazca lines, the similarity of patterns between pottery and geoglyphs is used as a mean of dating the latter.

One of the most famous Peruvian Nazca geoglyphs, 45 meters long (Figure 1, left), was traditionally identified as a spider.

These shallow ground lines, like many others, represent an animal contour but we ignore who identified first a group of them as a spider contour.  This spider belief is based on what appears to be an evident spider trait: the presence of four pairs of legs. As far as we know, no professional zoologist ever made or publicly confirmed such identification, but a detailed justification for it appears in a 1973 book by the ‘archaeoastronomer’ Gerald S. Hawkins. In this same book, Hawkins identified Stonehenge as a Neolithic astronomical model allowing predictions on phenomena visible only on other parts of the planet. As he himself writes (1973: 72) his view on Stonehenge was reviewed as written with “meretricious persuasion”, and he was defined as “tendentious, arrogant, slipshod, and unconvincing”. Professional archaeologists condemned Hawkins’ interpretation for Stonehenge (see e.g. Atkinson, 1966). Surprisingly, the archaeological lobby subscribed instead Hawkins’ spider interpretation for the Nazca lines.

To justify the presence of a waist (a typical insect character) in his pretended spider from the Peruvian plateau, Hawkins specified that the lines depict a Ricinulei, a rare group of minute, subterranean arachnids whose known representatives closest to Peru live in the Brazilian rainforest. Hawkins’ enthusiasm went so far as to recognize in the Peruvian lines the male copulation organ of the spider, a trait visible only by means of a microscope in true specimens. 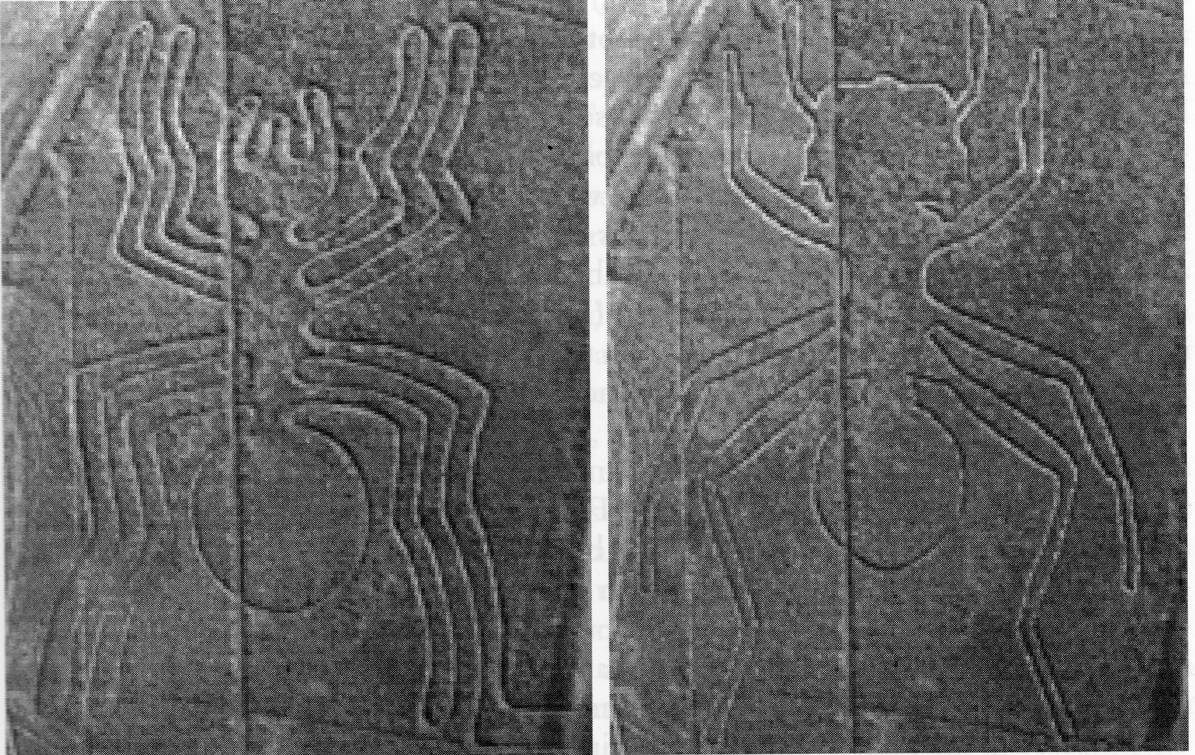 Figure 1. Aerial view of the alleged spider geoglyph of Nazca (left) and of the ant Cephalotes atratus drawn in the same style (right).

The first zoologists to publicly deal with this Peruvian geoglyph are de Andrade & Baroni Urbani (1999). They rejected the spider interpretation and suggested that the famous Nazca ‘spider geoglyph’ is an ant, not a spider.

Their statement is based on:

1) Absence of known Ricinulei in Peru: to see one of these tiny creatures, Nazca people had to cross the Andes and to engage in a difficult search in the jungle.

2) The ant waist is a much easier observable trait than the number of legs.

3) The apparent anterior pair of legs of the geoglyph is better interpreted as the ant antennae, an observable pair of appendages probably undistinguishable from legs for the Nazca people.

In addition, at least three native South American populations: the Guaraní (Santos, 1985), the Ye’cuana (Jaffe & Muller, 1979), and the Yanomami (Herzog et al., 1979) have distinct names for Cephalotes atratus, a fact unknown for any Ricinulei.

To support their opinion, de Andrade & Baroni Urbani (1999) drawn an anatomically correct profile of C. atratus in the same stile and on the same background as the original Nazca geoglyph (Figure 1, right).

The ant identification accounts for another two remarkable and unexplained traits of the geoglyph absent in spiders: 1) the presence of a head separate from the mesosoma and 2) three long, converging lobes projecting anteriorly from the head. Neither ants nor spiders possess such lobes. We interpret them as a pictorial description of the powerful Cephalotes atratus bite; its mandibles are invisible from above but powerfully perceptible when they attack the human skin.

Besides than in the original 1999 paper, this view is repeated in the web page “Cesare Baroni Urbani publications” (visited on August 30 2017).

As far as we know, only three professional zoologists commented on the ant identification and all supported it. These are Passera & Aron (2005) and Blanchard (2015) who, in a blog on ‘Ants and Humans’, added that the ant interpretation of this Nazca geoglyph  is ‘quite compelling’.

It is understandable that professional archaeologists overlooked this paper by de Andrade & Baroni Urbani (1999) since it is published in a paleontological journal.

The National Geographic Society after publishing an article by S. S. Hall (2010) where, understandably again, only the spider explanation is given, also behaved in a way difficult to explain.

Several mails to the National Geographic forum signaling the existence of an alternative explanation remained unanswered. After insisting, we obtained a short, unsigned, incredible reply: the ant hypothesis was irrelevant, due to the many, different explanations for the Nazca lines already published.

A curiosity about the spider concept among Ancient Nazca people is that, Hall’s National Geographic paper shows another Nazca spider painted on a pot. This second Nazca spider has 16 legs (Fig. 2). 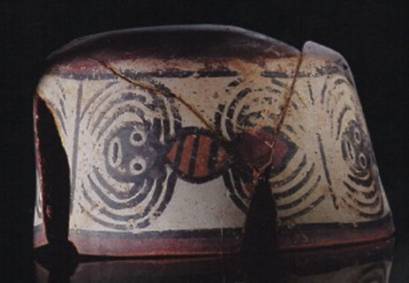 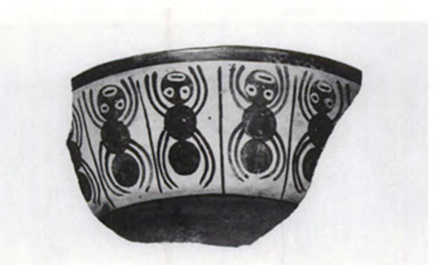 In 2016 we were delighted after contacting Professor Michael Malpass, a professional archaeologist from Cornell University, who just published a big, scholar book on ancient South American civilizations. Professor Malpass  seemed convinced of our ant identification and, after being informed about our paper, showed enthusiastic concern, and 1) proposed publication of a research note in a specialized journal, 2) changed his proposal into a joint communication to the annual meeting of the Society for American Archaeology, 3) then he did not show up any more… 4) eight months later, when we asked about the fate of our joint paper, we have been told that he was unable to attend the meeting and we should “hope to follow up on this next year’.

We contacted again Professor Malpass in May 2017 showing him a former draft of this page. Professor Malpass corrected some parts of it and promised again publication of a joint paper on the subject. Since till now we didn’t hear any more from him, to spread among archaeologists  our ideas and our paper in a paleontological journal, we feel compelled to use the web.

Another amusing curiosity about the spider interpretation is that, shortly after Hawkins’ book publication , zoologists agreed that Ricinulei are mites, not spiders (Weygoldt & Paulus, 1979a & 1979b; Schultz, 1990 & 2007). Those insisting on the Ricinulei interpretation hence, from now onwards must call this geoglyph  the ‘Nazca mite’.

We refrain from judging how the spider or ant competing hypotheses may be relevant in archaeology but they surely deserve a place while dealing about ethics in science.